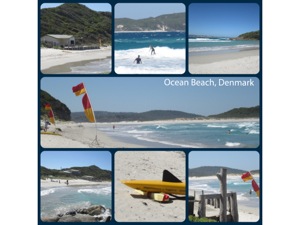 iPad gives you a whole new way of interacting (editing, filing, sending) with photographs. If you enjoy taking photographs, the iPad fills that purpose AND allows to you do so much more than that. Dad talks a bit about how iPad is the future of Photography (really, Kodak no longer makes film anymore...)

A Photographers review of Apps for iPad

I've been taking photos for a long time.  I started at the end of the 'manually developing film' era, back at Uni. I've been through large format and 35mm cameras of all descriptions.  I had one of the first digital cameras, and have had a few since then, and I used a professional digital SLR for professional jobs I was commissioned for... up till now.

Since the new iPad (3rd Generation), none of our 'big' cameras have really been used at all.  It's been a while since I've even had them out.

The small pocket camera that shoots 1080p HD video is still used regularly, and has a great zoom, but even that is more often stored away than not.

Sort Photos from a Camera on an iPad 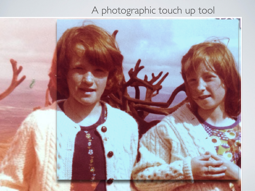 Even if I DO use another camera, I use the Camera Connection Kit to move the photos from the camera onto an iPad THEN edit and sort them on the iPad.  Finally I sync the iPad to an iMac and get a clean set of photos - already edited.

This sure beats downloading a memory card, sorting and cropping, editing, filing them and finally burning them to a ... CD!  Gasp.  No more!  The iPad makes this whole process smooth-as.

The best thing about having the photos ON your iPad is that they can be retouched or manipulated in almost every way, depending on the Apps you've got on your iPad.

Since almost all of our images are going to the web, not some giant billboard or magazine cover, the resolution is better than we need it.  They're SHARP on any computer screen, and look beautiful when printed out at the standard sizes.

iPad works as a camera

Since Apple released the iPad 3, all of the iPad cameras are GREAT. Superb quality, colours are rich - truly awesome for every practical requirement you're going to have.

For instance, if you're viewing this page on a new iPad, check out HOW SHARP this little photo of our nearby beach is compared to regular web graphics.  That's because you're viewing it on the ultra high definition of the a new iPad.  Sharp-as. If you look at this graphic on a computer it will be 1/4 less sharp than on a new iPad.

iPad gives you a whole new way of interacting (editing, filing, sending) with photographs. If you enjoy taking photographs, the iPad fills that purpose AND allows to you do so much more than that. While not something you're likely to take on an alpine expedition, we've brought ours to the top of several mountains and the photos are always sharp and clear.

There are a few I recommend as "MUST-HAVE iPad Apps for Photography" (not just for photographERS) which we use regularly on our iPad.

iPadDad spent over 15 years as a professional on-location, corporate and fashion photographer in London. He's been commissioned to photograph landmark architecture throughout the UK, specialised in production portraiture, travel photo journalism and large scale concerts and events.  Here, he talks a bit about how iPad is the future of Photography (really, Kodak no longer makes film anymore...)

A Photographer's review of the Best Photography Apps for iPad