How to Setup & Customise Siri on your iPad 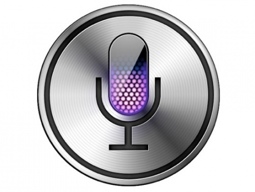 That's what my eight year old said the other day... very poetic, and spot on! Siri does a lot of things that we're amazed at, and have begun to use EVERY DAY.

"Siri is wonderful, Siri is grand, Siri is the personal assistant in your hand..." That's what my eight year old said the other day... very poetic, and spot on!  Siri does a lot of things that we're amazed at, and have begun to use EVERY DAY.

In this blog, we'll share with you some of OUR favourite and coolest things we've found Siri can do for us... but first you have to set Siri up.

When you're upgrading your iPad to iOS 6, you will be ASKED if you want to use Siri, we'd recommend saying YES!

If you do, Siri will be switched on (and we'll show you where), but you'll still want to tell Siri a bit about yourself, so to do things FASTER and easier... but let's start at the beginning.

Tap on the SETTINGS app on your iPad home screen.  In the left hand column, ensure you've tapped on GENERAL.  On the right, you'll find a section for SIRI, the 4th option down (About, Software Update, Usage, then SIRI).  TAP ON SIRI

You will immediately see if Siri is switched ON or not.  If not, switch SIRI on.

Great!  Almost there.  There are just a few more things to set:

Siri "Language" or Dialect for iPad with iOS 6

You can make sure Siri has the right dialect for you.  For instance you may be an 'Englishman in New York' and need to change your New York bought iPad's Siri to "British English"... but good old Aussie English works great for me, mate!

Set the Language most like yourself. You can also set whether you want Siri to speak back to you by setting VOICE FEEDBACK.

Siri "My Info" Settings for iPad with iOS 6

My info is the COOLEST THING about Siri (so far).  With iOS 6, Siri will take instructions like "Call my Brother" or "Message my Wife" or "Set a meeting with my Sister for tomorrow."  All you have to do is to tell Siri who everyone is, and how they're connected to you.

Just tap on MY INFO and find yourself in your CONTACTS.  Then Siri knows who YOU are.  If you are NOT in your own Contacts, then visit the contacts App, in the bottom right corner you'll see a PLUS, tap on that and add a new contact - YOU!

Then, if you go to your CONTACTS app, and find yourself.   Tap on EDIT, and look at your own details.  You can tap on ADD FIELD and look for Relationships.  Using this set of options you can set your family members and 'tell' Siri who your family members ARE.  That way you can say "Siri, send my father a message" and it will send a message to good old dad.   The children have added a "Custom Label" and made it "Great Grandparents".  That way, they can say "Send a message to my great grandparents..." and Siri will do that for them.  Amazing. Wonderful. A++

How do I know if Siri is working? How do I start Siri?

Easy. Just hold the home button (the physical circular button on the face of your iPad) and Siri will appear... you will hear two short tones and Siri is listening... try something like "Siri, what is the weather today?" or "Siri, what is five plus five plus three?"  You don't have to start with "Siri" as you would a person, though you can if you wish.